Lord Thomas read law at Trinity Hall, Cambridge and the University of Chicago Law School and was called to the bar by Gray’s Inn. 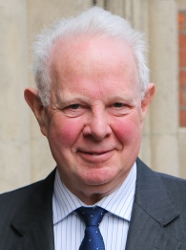 He was appointed to the High Court of England and Wales in 1996. He was successively a Presiding Judge in Wales, Judge in Charge of the Commercial Court, the Senior Presiding Judge for England and Wales, a Lord Justice of Appeal, President of the Queen’s Bench Division and Lord Chief Justice of England and Wales (2013 – 2017). He was a founder of the European Network of Councils for the Judiciary and its President from 2008-2010. He is currently Chairman of the Commission on Justice in Wales, Chairman of the London Financial Markets Law Committee and President of the Qatar International Court and Dispute Resolution Centre. He also sits in the House of Lords. He is a founder member of the European Law Institute and is currently a member of its Executive Committee.